This page provides stories/lists/details for Bishop Egan's five Catholic League championship
seasons from 1963 through 1970. The Eagles, coached throughout that stretch by Dick
Bedesem, also went 3-1-1 in City Titles.

This story was written for the Daily News after Dick led the Eagles to the 1969
City Title, capping a 10-0 run in league/playoff action . . . 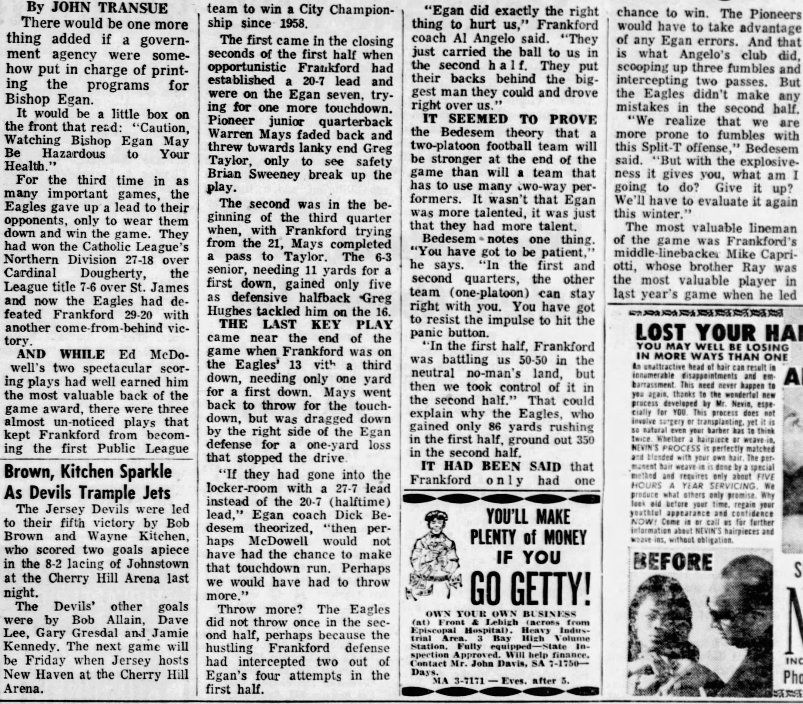 This story appeared in the Inquirer after Dick -- with his son, Dick, at
quarterback -- won his fifth CL championship . . .

--
These players were starters or key subs for Egan's five Catholic League champions from
1963 through 1970. Please speak up with adjustments/additions.
Thank you. . . tedtee307@yahoo.com.