This page includes stories, special lists, record breakdown, recaps of wins in championship games and (at the bottom) the
names of all varsity players during Coach Ward's 15 seasons. (He then coached for 10 more seasons at Pennsauken High,
in South Jersey.) . . . To provide additions/corrections:tedtee307@yahoo.com.
Thanks!

This story was written after Paul steered Overbrook to its second consecutive City
Title in what turned out to be his final game . . . 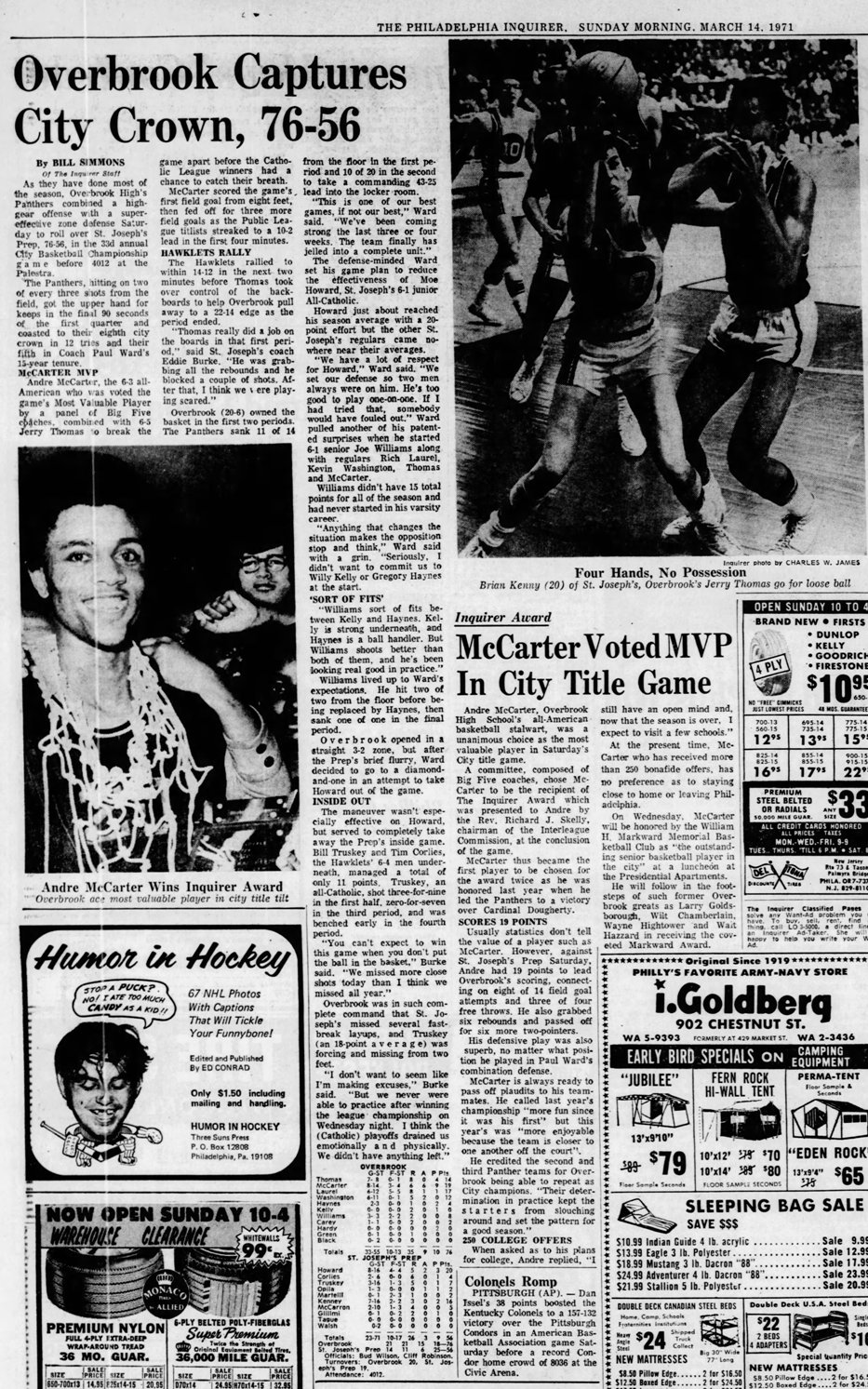 Below are the players who helped Paul Ward claim 257 wins, six Public League championships
and five City Titles in 15 seasons as the coach at Overbrook. The year indicates the player's final season.
Most were seniors. Some transferred and some were underclassmen who did not play in the following season.
PLEASE NOTE: Complete rosters currently not available for all seasons. Help would be appreciated.